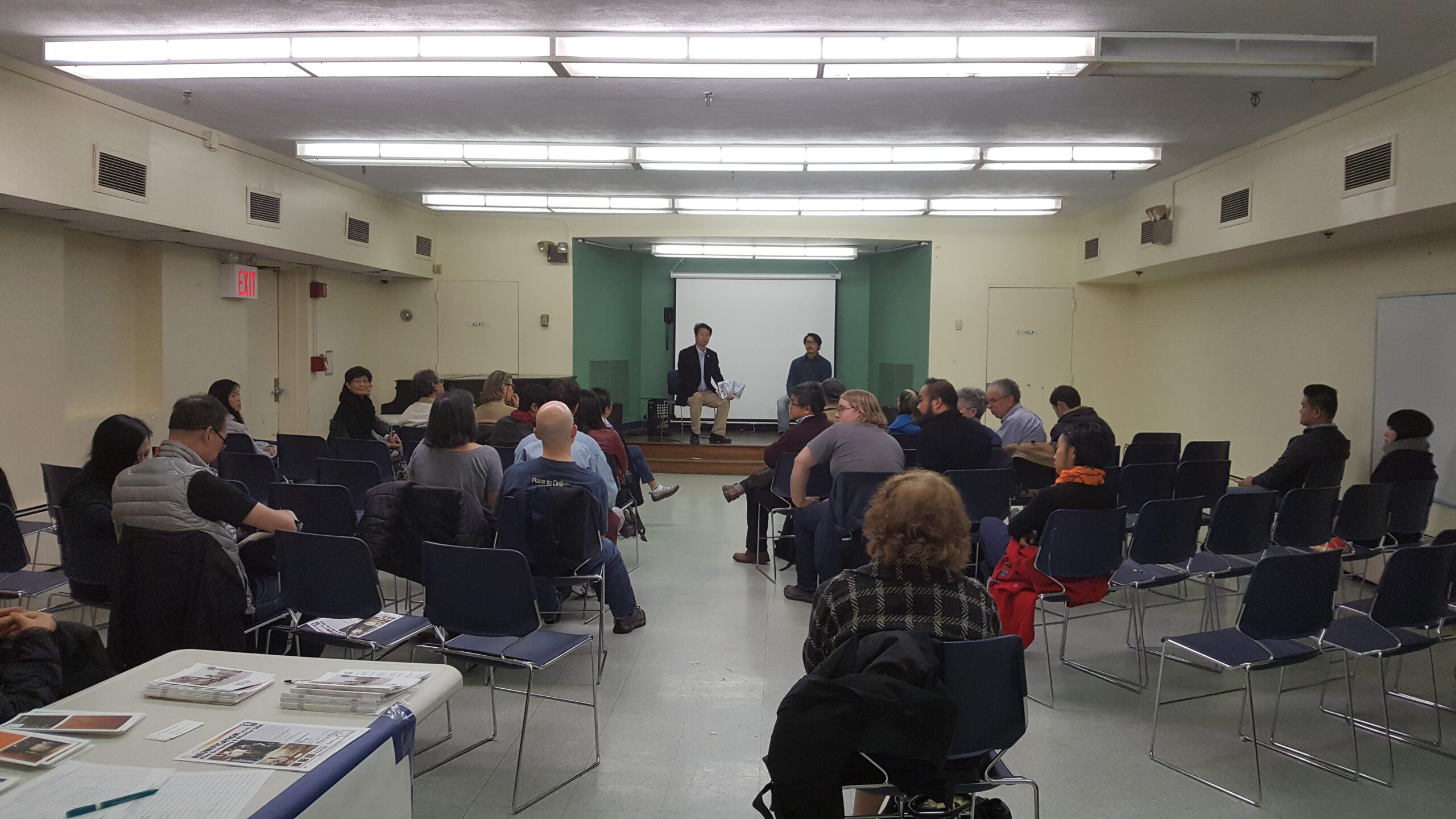 Independent film maker Alvin Tsang presented his most recent autobiographical work “Reunification” at the Forest Hills Library. Reunification is a emotional work of art that deals with the major questions that were left unanswered in Alvin’s past. The documentary focused on a Taiwanese family’s immigration to the United States and its eventual dissolution. Mr. Tsang was present after the showing and participated in a Q & A session with Ed Wong from the Forest Hills Asian Association.